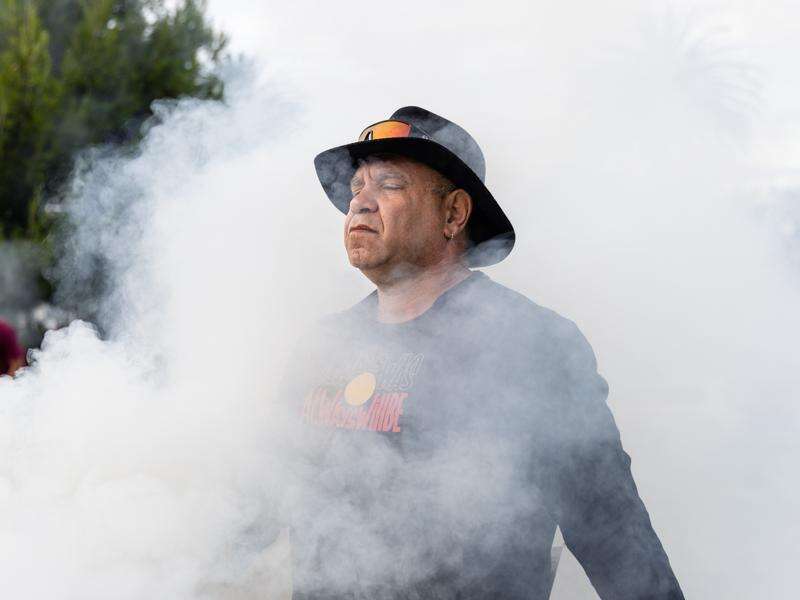 Both touched on divisions over the the date of Australia Day as Ms Dessau urged people with opposing views to listen to what the other had to say on the difficult topic.

“It takes effort to listen to each other, it takes insight and good will to acknowledge that decent people can hold different views,” she told the crowd.

For the third year in a row, there will not be an Australia Day parade through the city but Federation Square is hosting a family-friendly festival with free entertainment and food.

A 21-gun salute will take place at the Shrine of Remembrance and afterwards the Roulettes will take to the sky for an air display above Melbourne.

The work of Indigenous musicians and artists will be showcased at the free Share the Spirit Festival at the Sidney Myer Music Bowl.

While some are celebrating the day, dawn services were held in Kings Domain, St Kilda and other locations around the state to mark what is a day of mourning for many Aboriginal and Torres Strait Islander people.

Melbourne’s Invasion Day rally has grown bigger each year, however a prominent figure involved in treaty negotiations will not attend.

Demonstrators around the country chose “treaty before voice” as the theme of their rallies, reflecting a push back against a planned referendum on constitutional recognition and a voice to parliament.

First Peoples’ Assembly of Victoria co-chair Marcus Stewart said people against a voice were “out of step with the views held by the vast majority of our mob.”

“It’s hard to watch a handful of outliers hijack the rally and attempt to destroy the most significant opportunity we’ve had to create meaningful structural change at a federal level by fuelling the ‘no’ campaign against a voice to parliament,” he said.