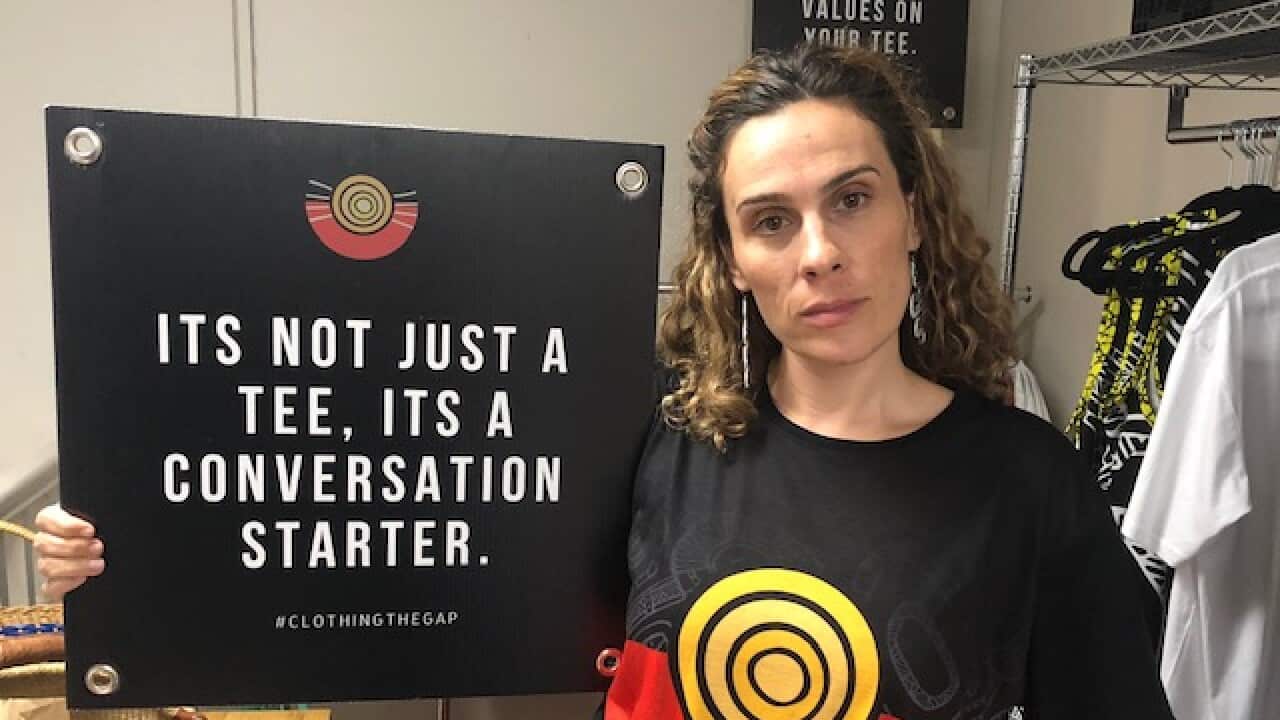 Aboriginal and Torres Strait Islander readers are advised this article contains an image of a now-deceased person.

Making an effort to understand Indigenous history is the first step to being an ally, says palawa woman Nala Mansell from the Tasmanian Aboriginal Centre.
“January 26 marks the beginning of all these massacres and the destruction of our society,” she told SBS News in 2022.
“People understand about the Port Arthur Massacre. They know details of that, which is .
“There is a lot of empathy around those issues, but when it comes to Aboriginal history, people just aren’t aware.

One small example is understanding where the words “always was, always will be Aboriginal land” came from. The phrase will be heard across Australia in the run-up to 26 January.

Koomurri people and representatives of Aboriginal groups from around Australia perform the smoking ceremony and dance during the WugulOra Morning Ceremony. Source: AAP

It comes from the 1980s land rights movement in far-western New South Wales, or Barkindji Country, from Barkindji man Uncle William Bates. He led the campaign that saw the first national park in New South Wales returned to Traditional Owners.

“On one of the many trips out on Country during this land rights campaign, Uncle William’s father, Uncle Jim Bates, became excited and started telling stories of his Country and land,” the Australian Museum’s website reads.

“Uncle William said, ‘Dad, it’s not your land anymore, whitefellas own it,’ and Uncle Jim replied, ‘No, they only borrowed it; it always was, and always will be Aboriginal land.'”

The phrase became a catchcry as Uncle Willian and his allies “rallied together communities and land councils to pool funds and start buying back their traditional lands”.
Those looking to understand more about the massacres of Indigenous people in Australia can explore made by the University of Newcastle.

2. Listen to what Indigenous people have to say

People can find their nearest Invasion Day rally by searching for ‘Invasion Day’, ‘Survival Day’, or ‘Day of Mourning’ via the Facebook’s Events option.
“I think that once people understand or learn more about the Aboriginal history of Tasmania they will want to see the date changed,” Ms Mansell says.
Many organisations are now acknowledging that a growing number of Australians don’t want to celebrate on 26 January out of respect for the views of First Nations people so are .

Protesters during an Invasion Day rally in front of Parliament House in Canberra. Source: AAP

3. Support an Indigenous-led business or organisation

‘Not a date to celebrate’ are the words blazed across the chest of Gunditjmara woman Laura Thompson, the CEO of Melbourne fashion label Clothing the Gaps. The label is a social enterprise with 81 per cent of staff members identifying as Indigenous.
Ms Thompson is an advocate for ‘wearing your values’ and suggests a slogan T-shirt can help allies spark a conversation among family or friends around January 26.

“The first step in allyship is supporting Blak business and letting people know where you stand by wearing your values on your tee,” she told SBS in 2022.

“Our tees make it easier for you to spark that conversation, whether you are at a family event, or a barbeque, just wearing a T-shirt with a slogan, is an opportunity for you to have a conversation that benefits Aboriginal and Torres Strait Islander people.”

“Seeing Aboriginal merchandise and messages out in the community, worn by everyone, creates a culturally safe community, in which Aboriginal people feel like we’ve got supporters,” Ms Thompson says.
But for those not comfortable wearing a slogan, she says there are many other Indigenous owned and operated businesses around Australia that she encourages people to seek out and support.
And, she says, true allyship is about more than a one-off purchase.
“Beyond Jan 26 there is so much that allies can do to support Aboriginal and Torres Strait Islander people. That includes acknowledging your own privilege, re-educating yourself, and thinking about how you can dismantle the systems of oppression.”
Note: palawa, in reference to palawa woman Nala Mansell is written in lowercase as the Tasmanian Aboriginal language palawa kani uses only lowercase letters.
Each year ahead of January 26,  presents a selection of dedicated programming, special events and news highlights with a focus on encouraging greater understanding of Indigenous Australian perspectives. Join the conversation #AlwaysWasAlwaysWillBe
Would you like to share your story with SBS News? Email