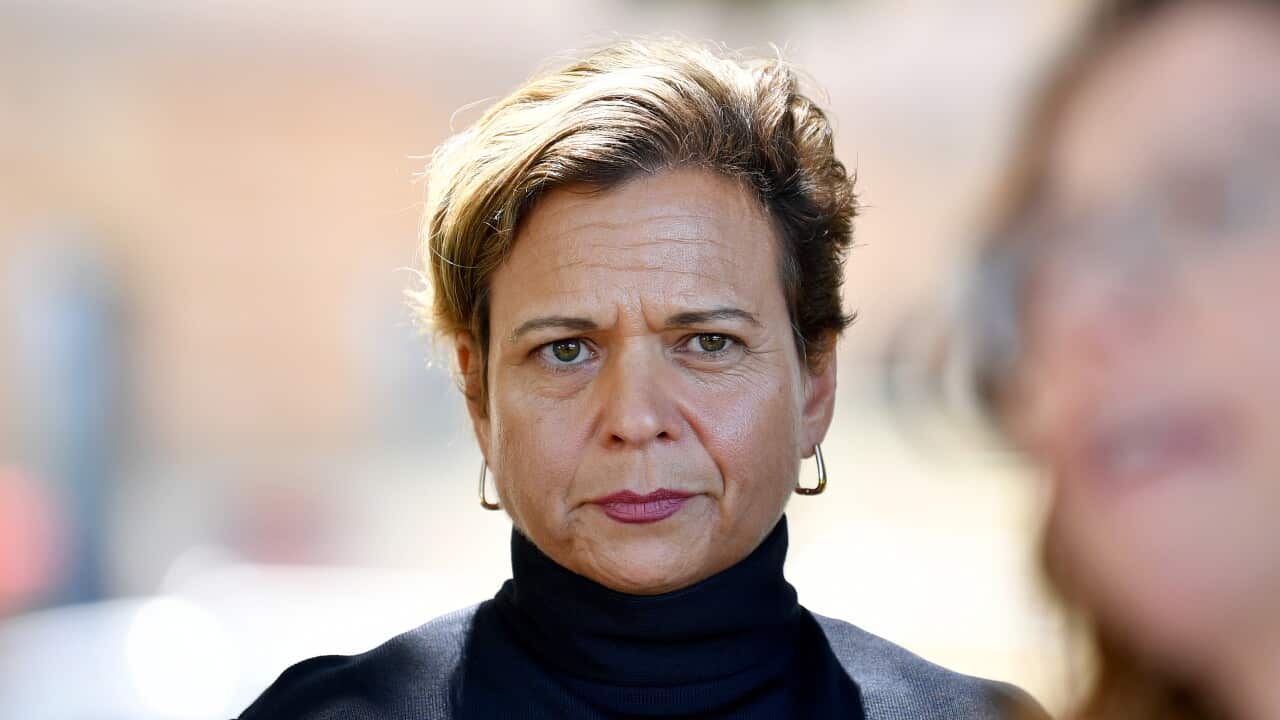 This article contains references to sexual harassment and sexual assault.
Dating app executives have been warned they will be forced to take compulsory action if they cannot find a way to keep Australian women safe.

One option being considered is introducing industry targets for keeping users safe without explicitly outlining what actions the apps must take.

A mandatory code of conduct could also be implemented if the companies refuse to act in good faith.
“The apps were left in no doubt that if these kinds of standards we expect as a government are not demonstrated, we have regulatory and legislative levers available to us,” Communications Minister Michelle Rowland told AAP.
Ms Rowland hosted a dating app safety roundtable meeting with state and territory ministers, industry representatives and anti-violence advocates in Sydney on Wednesday.

She has since referred the outcomes and focus areas to state and federal attorneys-general.

The minister said while first law officers were free to come up with their own policies and try new ways to reduce sexual violence, a nationally consistent approach was ideal given the ubiquity of online dating.

There are fears the requirements could harm the people they were designed to protect.
Requiring identification could affect those who do not want to be outed on same-sex or gender-based dating apps, while people with a disability, such as someone in a wheelchair, may not want that advertised.

“These are people who are already very marginalised,” Ms Rowland said.

The minister raised concerns about background checks providing a false sense of security, given a person may not have been convicted of prior offences.
There were also concerns such a measure would put the onus on potential victims to chase the background checks.
Tinder is open to introducing background checks, which could reveal users convicted of violent or sexual crimes, or who appear on a sex offender register.

The US version of the Tinder app allows for users to perform a background check on a person’s name and number through a third party.

But Ms Rowland said Australian governments also needed to consider suspicion of online information sharing after high-profile data hacks.
The dating app companies expressed their willingness to engage with new regulations and said while they were happy to adopt further measures, they didn’t want to keep verification data they didn’t need to hold.
Ms Rowland is also open to embedding sex education resources on dating apps and examining ways to prevent dating app complaints from being treated as “tick and flick” exercises.
If you or someone you know is impacted by sexual assault, call 1800RESPECT on 1800 737 732 or visit . In an emergency, call 000.